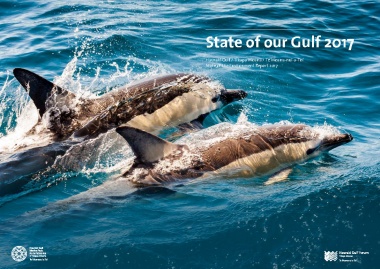 From the Executive Summary:

The Hauraki Gulf / Tīkapa Moana / Te Moana-nui-a-Toi1 has been transformed over the last two human lifespans. Native terrestrial species have been driven to extinction, native forests and vast wetlands have been cleared and replaced with pastoral land or urban development, water quality has been greatly reduced by contaminants and sediment, ecologically important marine habitats have been destroyed, fish populations have been greatly depleted, and te ao Māori (the world of Māori) has been ruptured. Damage caused by boom and bust industries, such as mining, native forest logging, and mussel dredging has left a lasting environmental legacy. These historical effects have been compounded by ongoing development, commercial activity and a growing demand for the Gulf’s treasures.

In response, the Hauraki Gulf Forum developed a strategic framework for action and urged agencies to work collectively on making urgent progress in the following areas:

Much has happened since 2014. This report catalogues those changes, and considers progress made on integrating management and achieving the strategic outcomes sought by the Forum.