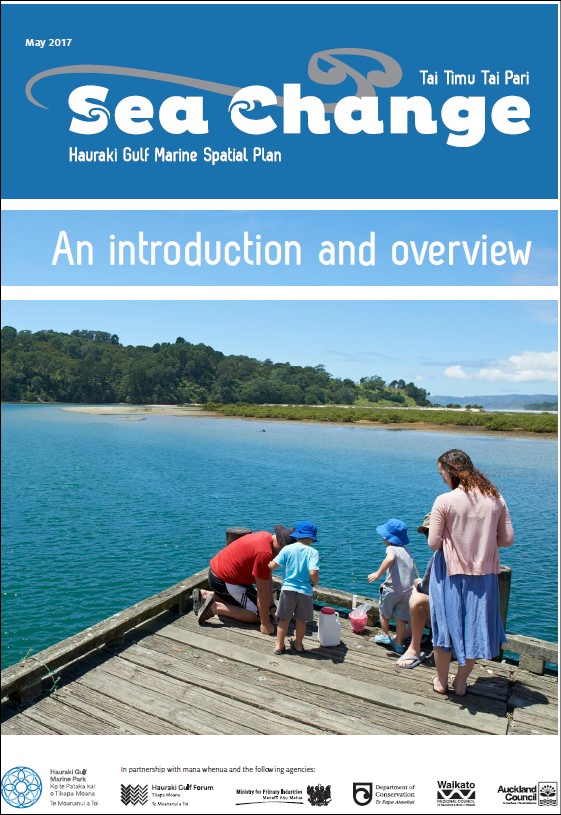 What is the Sea change Hauraki Gulf marine spatial plan?

The Plan lays the foundation for an integrated approach to managing the Hauraki Gulf. It aims to secure a healthy, productive and sustainable future for the Gulf through:

Principles established under the Treaty of Waitangi include a Crown duty to actively protect Māori rights and interests, and recognition that the relationship between the two parties is one of partnership. The Hauraki Gulf Marine Spatial Plan was written when regional Treaty claims negotiations were taking place with multiple iwi and hapū. These negotiations will lead to greater iwi involvement in the management of natural resources and the environments of the Hauraki Gulf and Coromandel Penninsula.

A key principle agreed to by all parties involved in the development of the Hauraki Gulf Marine Spatial Plan is that its implementation does not in any way affect or dilute Treaty settlements.

What is the significance of the plan?

The Hauraki Gulf Marine Spatial Plan is a non-statutory document. It does not contain any rules and it is not legally binding in itself. It provides integrated management approaches and recommended actions to inform stakeholders and the partner agencies who manage the Gulf and its resources - Waikato Regional Council, Auckland Council, Department of Conservation, Ministry for Primary Industries and the Hauraki Gulf Forum.

Why was it developed?

Forecast population growth, urban development and the intensification of land-use around the Gulf, both urban and rural, will see an increase in social and environmental stressors on the environmental, recreational, economic, cultural and spiritual values that make the Gulf so special to all. This is reflected in the last three State of the Gulf reports produced by the Hauraki Gulf Forum which show a declining trend in the state of the Gulf.

While the Hauraki Gulf Marine Park is incredibly resilient, so much has been lost, destroyed or damaged and very little recovery has been achieved to date. The Hauraki Gulf Marine Spatial Plan sets out a roadmap to restore and rebuild its values – to return it to the national taonga of the utmost importance to all New Zealanders.

Revitalising the Gulf. Government action on the Sea Change Plan