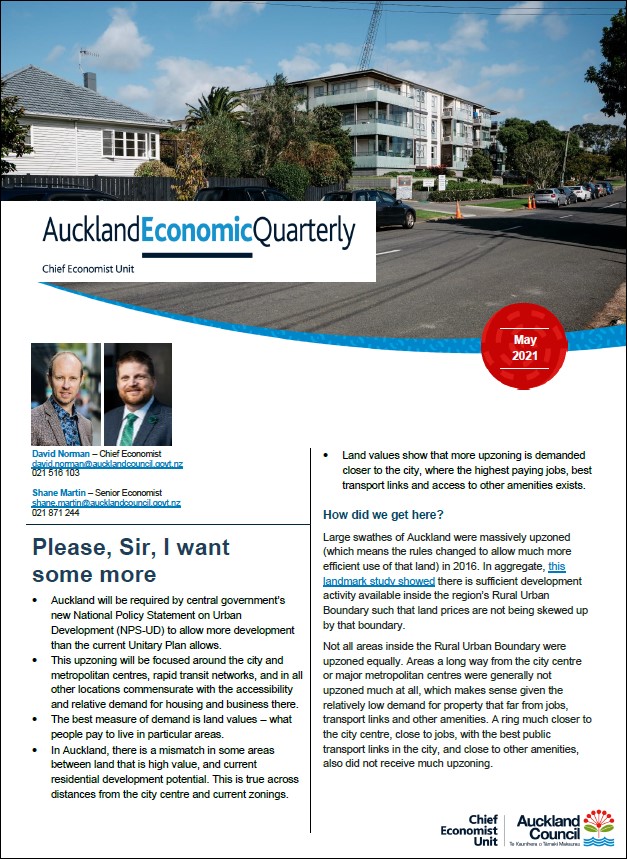 Please, Sir, I want some more

How did we get here?

Large swathes of Auckland were massively upzoned (which means the rules changed to allow much more efficient use of that land) in 2016. In aggregate, this landmark study showed there is sufficient development activity available inside the region’s Rural Urban Boundary such that land prices are not being skewed up by that boundary. Not all areas inside the Rural Urban Boundary were upzoned equally. Areas a long way from the city centre or major metropolitan centres were generally not upzoned much at all, which makes sense given the relatively low demand for property that far from jobs, transport links and other amenities. A ring much closer to the city centre, close to jobs, with the best public transport links in the city, and close to other amenities, also did not receive much upzoning. ...