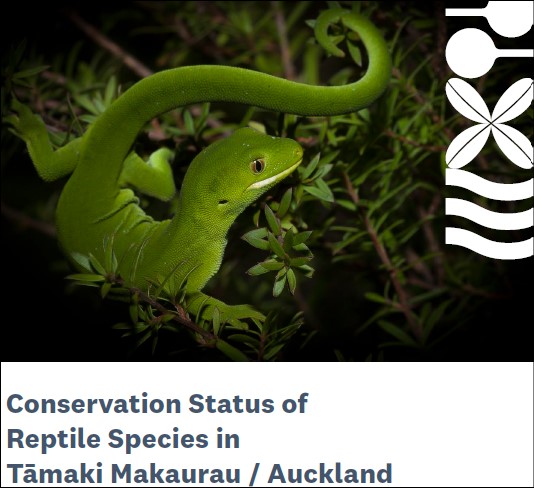 The conservation status of all known reptile taxa in Tāmaki Makaurau / Auckland was assessed, using the New Zealand Threat Classification System (NZTCS) for the first time. We used the draft Department of Conservation regional guidelines and followed the process outlined by the Greater Wellington Regional Council.

A total of 28 reptile species were identified as present in Tāmaki Makaurau / Auckland, including 9 marine reptiles, 11 skinks, 7 geckos and tuatara. Four species were assessed as Threatened, 14 as At Risk, 1 as Introduced and Naturalised and 9 as Non-resident Native (Regional Vagrant). An additional 5 species were identified that have become extinct or may have formerly occurred in the region.